Which Chinese Social Netwoks should my Brand invest in 2016 ? 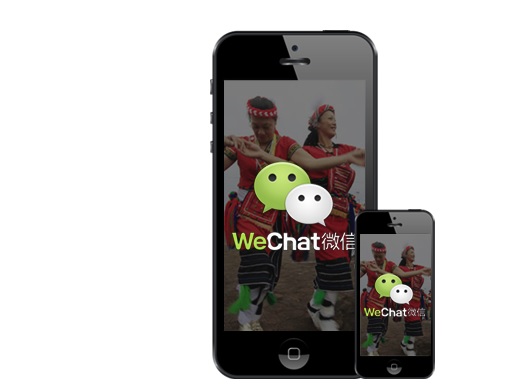 Which Chinese platforms can you invest for an effective Social Media Strategy in China?

For majority of the marketers in Australia, Europe and North America, China is very the next great marketing frontier.

With above 1.35bn people and 635m internet users which are still growing, it looks as if there is no end to the possibilities of marketing in China.

As majority of the marketers know, nonetheless, marketing to Chinese citizen is not really like marketing to those in other continents. Chinese citizens do not often interact with the internet and their favorite brands the same way those in the Western countries do, and they don’t also have the same platforms.

Nevertheless, China has its own very brand of social media, and if you really know how to market through social networks in any Western country, thus you can make use of those similar concepts and apply them to these particular unfamiliar platforms. Don’t worry; they won’t be unfamiliar for that long.

Check out how to start social media marketing in China and also see where your marketing activity investment can go.

And for more about this topic, download Econsultancy’s State of Ecommerce in China Report.

Although they have few similarities, you should still familiarize yourself with the main social media platforms in China and also understand how they actually function. The top platforms that you will want to get to know better are listed below:

This site is China’s solution to Twitter. A micro-blogging site, Sina Weibo permits 140 characters per post and in addition, users can add links, videos and photos. This is one of China’s most famous websites, and marketers can actually use it to get followers by posting their own original content and also links to other content. This social media site permits users to send voice messages and text to each other as well as shop, watch videos, play video games and pay via mobile payments.

For marketers, WeChat has some ads which can be broadcasted to some particular audiences, and marketers may also create their own accounts and also post content of their own. They can also give special discounts and other offers to improve both brand awareness and loyalty.

Peradventure the most famous social networking site in China right now happens to be Qzone. The platform presently has above 600m users and is projected to even grow the more. Users can send photos to each other, listen to music, and watch videos and also blog. As a marketer, this very platform would be the best blogging site for you, though you can as well build micro-sites to fully customize and also integrate your own multimedia content.

Surely, you don’t have to remain attached to just only a single platform, but having a very strong presence on one platform could be more of a benefit than having a weak presence on three. Begin slowly and get to know and also master one platform before moving to the others. Before you start to create accounts on these social media platforms that are listed above, there are some things you need to know about China nationality and its internet policies.

It is true that your marketing strategy will not differ that much on Chinese social digital platforms. Engaging in general, nevertheless, will be a little bit different.

Listed below are four things you have to know about social media marketing in China:

Keep these points in mind as you begin to develop a social media strategy.


When starting a social media in China, your very first step should be to grow a creative strategy which will define the sites you are going to focus on as well as who your target audience would be.

Once you have decided on your ‘what’, ‘who’, ‘where’, ‘when’, ‘how’ and ‘why’, you then need to settle down and do some critical research on Chinese culture, etiquette and translations.

Some things that are as harmless as a name can have a total diverse translation, like Coca-Cola. When it was translated, the brand name came out to be “Bite the Wax Tadpole.” Not that useful!

When Coors beer translated their “Turn it loose” slogan into Spanish, they never knew that the phrase was actually slang for having diarrhea.

Familiarizing yourself with Chinese culture, etiquette and translations will really help you to create better content and messages. You could also check other Western brands for inspiration. What caused the Dove/Ugly Betty partnership to work so well?

Once you have enough research under your belt and also have your audience defined, it is time you decide how you want to get your consumers. The platforms that are listed above are great starting points, but do not be afraid to branch out.

Social networking in China is an interesting new frontier for any Western marketers. This is your chance to get your brand recreated for a new market, so be creative and don’t forget to keep the interests of your audience at the forefront of your mind at all time.