Consumer market in China on the verge to be reshaped 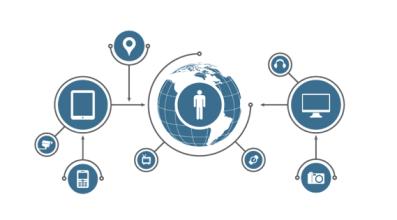 New demographic, social and technological changes are about to redefine Chinese consumption

Even though China’s economy has recently encountered growing issues in the past few years, consumption growth will remain significant through 2020. The GDP growth is to be lower than expected; 5.5%, which represents a growth of $2.3 trillion for the next five years.
Chinese’s consumer market is on the verge to be transformed, creating new opportunities.
The rise of the upper-middle-class and affluent households, the new consumer generation and the strengthening of e-commerce are the main sources of such a transformation. Numerous studies carried out by The Boston Consulting Group and AliResearch (Alibaba) revealed these factors to be the origin of these incoming drastic consumption changes.
Throughout the next five years, 81% of consumption growth will originate from the rising upper-middle-class and affluent households (whose income are above $24,000). 65% of the consumption growth will come from the new consumer generation (people aged 35 or younger). E-commerce will reshape these new consumption habits; a growth of 42% is to be expected by 2020, 90% of which from the trending mobile e-commerce.
According to some BCG ad AliResearch analysis, Chinese consumption is to grow by 9% per year through 2020 and per capita income has been increasing by 11% annually ever since 2010.
In depths studies in the demographic, social and technological trends in the consumption habits showed that there are two different consumer category. A dramatic growth is to be expected in the upper-middle-class and affluent households consumption, but a decreasing pace is to occur among the lower-income and older generations households that tend to rely more on common retail channels, whereas the younger generations have the penchant to use the trending e-commerce channels. The ascending upper-middle-class and affluent households – respectively between $24,000 and $46,000 and above $46,000, have led China to enter a new consumption era. The number of upper-middle class and affluent households should double to 100 million by 2020, representing 30% of all urban households (17% today and 7% in 2010). These latter will account for 55% of Chinese urban consumption and 81% of its expected growth. Lastly, these households consumption will grow by 17% per year through 2020. Even the lower section of the emerging middle-class is not to be ignored for they will account for about half of urban households. The emerging middle-class and current middle-class will most likely keep their high consumption pace for the coming years.
These studies shed light on another phenomenon; the emergence of these social classes will not only occur in the top 100 major Chinese cities, but also in more than 2,000 cities. Companies that are willing to capture this high potential market should consider to extend their reach into 430 other cities. The upper-middle class and affluent households will grow by 10% per year in the major Chinese cities (reaching 30 million), the main growth will take place in the small cities. Half of these ascending classes will likely to be located outside the top 100 cities.

The Chinese consumption model has recently been reshaped by the trending e-commerce. The e-commerce has drastically grown over the latest five years, the number of Chinese e-shoppers has increased to over 410 million. Online channels currently stand at 15% of the private consumption.
E-commerce is believed to become an even greater consumption channel over the next five years. Private online purchases should increase by 20% annually by 2020 (around $1.6 trillion annually). 42% of private consumption growth should originate from the fast growing e-commerce.
On the other hand, the mobile e-commerce is to grow even further and faster, as of today mobile e-commerce already accounts for 51% of overall online purchases in China, but is expected to grow up to 74% of all online sales by 2020. Chinese online marketplace such as Taobao (founded by Alibaba) are known to offer cheaper and wider product selections. If we are to believe Taobao’s sample data, online purchase in these following categories increase by about 150% as soon as households enter the upper part of the middle class: home care products, packaged foods, personal-care products.
E-commerce is a true asset for the companies, it enables them to extend their brands reach by offering wider selections and thus at better prices, it also solves the nationwide market distribution issue.

The rise of the upper-middle and affluent classes, the new consumer generation and the growth of e-commerce will reshape China’s economy in the years to come.
Furthermore, the services consumption in China will be empowered by the ascending upper-middle class, analysis showed that spending on services in China should grow by 11% annually by 2020, 51% of all urban consumption growth. The wealthier consumers tend to spend 2.5 to 3.3 times more on education, culture and entertainment than their middle-class counterpart. Although they just only spend 1.8 times more on physical goods.

E-commerce and mobile E-commerce to reshape the Chinese marketplace

Moreover, these studies showed that the Chinese consumers habits would change over the next coming years, they should be more inclined to purchase greater selections of products. As of today, there are only five categories in which e-shoppers make purchases: casual wear, casual shoes, handbags, snacks, and smartphones. By 2020, this number should reach up to 15 different categories such as small home appliances, financial services, cosmetics and formal shoes.
Thanks to e-commerce, online consumers have an increased reach on wider selection of products, and e-commerce give much more purchasing power to consumers in remote locations.
Even though e-commerce is reshaping China’s consumption, companies are not to ignore and forget about the physical retail stores. A Boston Consulting Group study showed that the Chinese are highly aware customers, before purchasing they go through different consumption channel such as store displays, product promotions and social-media reviews.

In order to make the most of their marketing strategies, companies should focus on offering cross-channel product selections. They should also keep in mind that even though China’s spectacular growth has slowed down by a notch in the last few years, China will remain at the top of the growing markets offering numerous opportunities intertwined with challenges to overcome. The consumption habits in China are being reshaped by several factors that we previously analyzed, the companies have to alter their strategies accordingly. They must be aware of the newest consumption trends and pick their target cautiously.
As the Chinese economy is on the verge of drastic transformations over the next five years, the companies will have to cope with these radical changes, especially because the upper-middle class and affluent households consumption habits are still being defined.