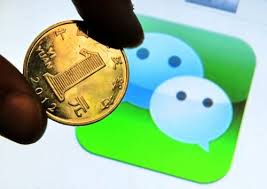 Often the advantages and e-commerce strategies in China have been discussed. A topic has yet to be discussed though: What about the consequences of such a market on the real shops? What should they do to adapt and avoid bankruptcy?

In this article we will give you an overview of the Chinese imported wine market and the effects of e-commerce on them.

Off-line retailers are struggling to survive

First, the imported wine market in China generates annually 100 billion RMB in profit with no leading brokers or end retailer emerging. The e-commerce low prices are deemed too low by all the merchants. If you want to see examples of the prices displayed in e-commerce, go and take a look at the prices displayed at Tmall, one of the most important e-commerce platforms in China

Before 2010, many trading companies came from their relationship network , the famous guanxi network so important in China. With the right connection the trading companies could sell at higher prices especially since it was quite confidential. Smaller wine companies find it hard to access the supermarkets shelves. Prices are too high to shelves their bottles, in fact for the high end retail chains it can go as much as 100000 yuan a year.

However these past few years things changed greatly with the domination of the e-commerce. Wine companies saw their profits decrease by 30% or more.

Imported wine retailer are far from beyond hope

Luckily for the wine imports, this market has some more days of glory to come within the next five years. And when you bear in mind that 10 years ago most of China’s wine market was shared by only three local big companies, China Great Wall, Dynasty and Changyu to change into a market where imported wine represent 30% of the total

Besides, shops have to stay optimistic : in 2012 China became the biggest consumer of red wine in the world, leaving behind France and the U.S.

Between 2008 and 2013 the consumption of red wine increased by 136% according to a report by Vinexpo. They forecast another 33,8 growth by 2017 where imported wine will represent 50% of the market.

This phenomenon matches the rise of the middle class in China and a market independent from the traditional gift giving occasions. This middle class is definitely the cause of the imported wine market growth since they will want to enjoy their wealth and their leisure time Even though the market is evolving with e-commerce apparently taking over everything, let’s not forget that traditional shops have their digital strategies as well. It’s called O2O, Online to Offline, its figurehead would be Wechat often used successfully these days for such a campaign. Adapting to such a strategy very similar to what luxury brands do would be likely a good idea to do more than enjoy the new increase of the imported wine market and take the lion share next time.

What do you think dear reader? Can O2O help off-line retailers to strive again despite the seemingly inevitable rise of the e-commerce?