E-commerce in China is growing at lightspeed 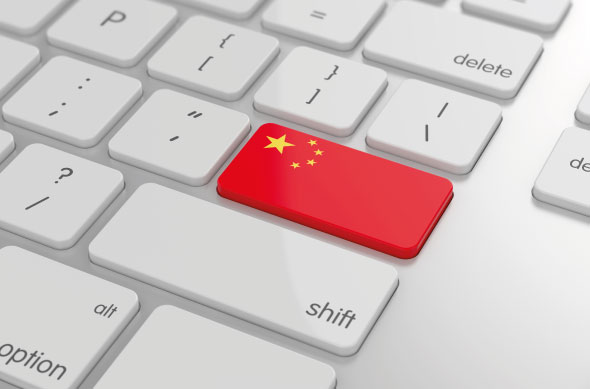 According to the data gathered by the group Iresearch China in 2013, the e-commerce sector is booming and will continue to do so for the next few years.

As seen in the chart above the e-commerce sector has known in average a 23% increase YOY since 2011 and will continue to do so according to the forecast released.

E-commerce website such as T-mall or E-tourism platforms such as Ctrip, the Chinese e-tourism giant must rejoice after hearing about those data. It means that the market is still in full expansion at a double digit pace and is nowhere near stopping to do so.

So, who takes what? As you can see in the chart above the three main sectors that benefit from this e-commerce e-boom are:

B2C, and C2C shares are abysmally small compared to this overwhelmingly big monopoly.

This helps put things into perspective : even though we hear very often about B2C platforms and how quickly they became successful it is not where the real opportunities and potentials are. It is in the B2B business! The size of the market increases. When speaking about growth B2B regarding small and medium sized enterprises has yet again according to the forecast made by iresearch china. Their data shows that by 2017 the B2B market will still be growing faster than the B2C or C2C. It makes sense when you stop and think about it for a second : there are a lot of challengers in that market that are trying to push Alibaba out of its throne. An e-commerce war like this can only stimulate the market.

B2C is on the rise while C2C falls.

One side will try to stay competitive to keep the others at bay and the others, funded by the other 2 big three (Tencent and Baidu) will give all they have to find the right strategy to take the lead. As it’s been said before : People prefer to trust structures like Tmall rather than C2C e-commerce platforms such as Taobao amongst others. This is true even though prices may be lower.

Why would that be? With the rise of the average income for Chinese they are more and more willing to spend a bit more to have better quality. With a national growth that keeps being one of the highest in the world, even if it’s slowing down it is clear why this impacts the B2C and B2B trends : How about the means of reaching out to customers?

According to the data, Taobao has a big edge concerning the mobile online shopping with a quasi absolute monopole. It has been said that JD with its CEO applying an iron fist no mistakes policy. The problem here is that JD still has a long way to go before being able to even play in the same league as Taobao. They could take over but it would take them highly-unconventional ideas to do so. The e-tourism market is growing at a 2-digit pace just like the other e-commerce sector. A logarithmic trend line has been used to take the iresearch forecast further in order to see if it were possible that the 100% increase in Chinese200 million by 2020 tourists could be matched by a similar increase in the market size.

According to the calculations and the forecasts made it is possible to conclude that the increase in the market size would go hand in hand with the increase in tourists number. However as with all prediction this should be taken cautiously given how other factor may influence  the trend such as price war and potential new players. What do you think dear reader? Does that seem realistic to you? Whatever the evolution of the Chinese tourism market is, there is a war going on between the three main players in the e-tourism market. They all have found their “niche” market but try to take those from the others In order to expand their businesses.

Those players have had a fairly stable situation so far but newcomers supported by the three BAT (Baidu, Alibaba and Tencent ) have entered the market showing the ambitions of the three big groups to have a presence in each and every single possible online activity.

There are big opportunities for those who can take them in a country where everything is going more and more on-line. Growing sectors, changing customer habits and fast changing landscape allow new players to come to take their share of the market. The only issue here is that it seems that the big pictures is more and more mostly played out between the big three.

If you want to find something worth your time to keep an eye on and invest e-commerce in China is definitely the way to go!