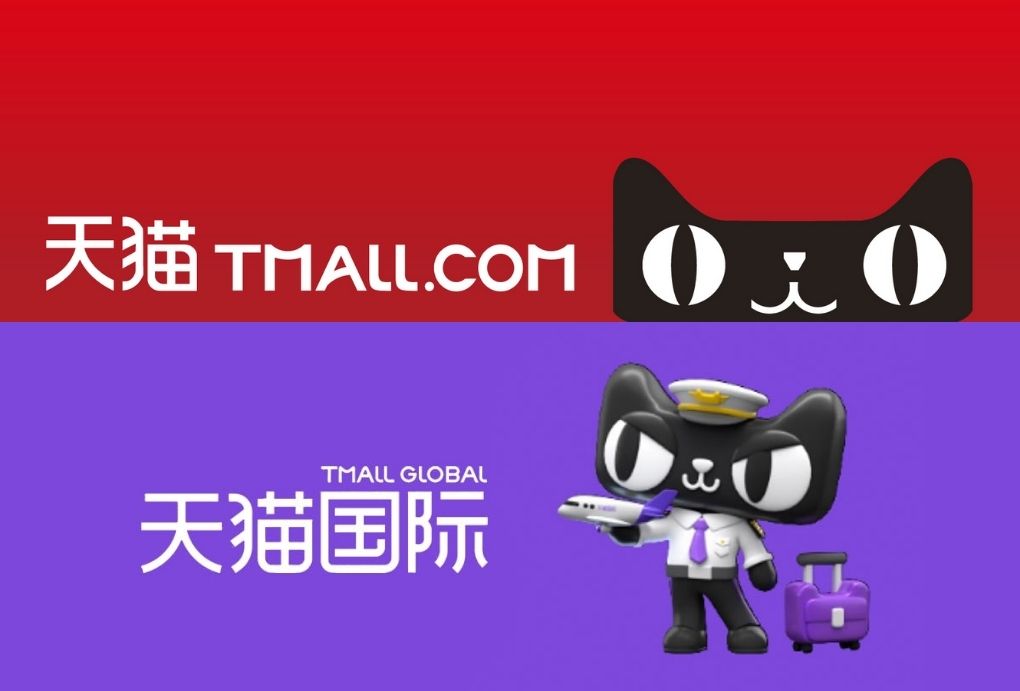 If you have an international brand and are looking to sell products online in China, it’s important to understand what makes Tmall Global vs Tmall different. For starters, Tmall is China’s biggest domestic eCommerce platform and has more than 500 million customers with a total of 50,000 Chinese and international merchants. On the other hand, Tmall Global serves as a sub-platform of Tmall, directly connecting imported products and international merchants to Chinese consumers.

However, even if they share a name, the two platforms have significant differences between them – these differences will help with choosing which one is the most appropriate for your brand – all of which will be discussed below. Read on to find out more.

As mentioned, Tmall is China’s biggest eCommerce platform domestically and is used for cross-border eCommerce. It started in 2008 and was founded by the Alibaba group — it’s also a subsidiary of Taobao, an e-commerce website (If you are a little confused about the difference between Tmall & Taobao (who both belong to Alibaba), RDV here for a Tmall vs Taobao explanation.)

Tmall’s target usually consists of B2B markets, which are both ambitious and smart, allowing international and local brands to sell products throughout mainland China, Macau, Hong Kong, and Taiwan. This business strategy combined with its strict standards in quality allows Tmall to stand out from the crowd.

What is Tmall Global?

Tmall Global, also known as Tmall international, has positioned itself to high-end consumers in China while inviting investments from businesses from other countries. In a way, it functions much like an online version of Manhattan’s Fifth Avenue, and is just as prestigious and focused on luxury items. Because of this, Tmall is a trusted platform for consumers to buy not only local-brand products but also internationally-labeled products.

By having a Tmall flagship store, you’re able to provide validation of your business. Big brands that want their presence in China known but don’t need a store in every city will often use Tmall as their point of entry. This platform provides retailers with the chance to sell directly to Chinese shoppers through bonded warehouses, which shortens delivery times while reducing logistics costs.

How is Tmall Different from Tmall Global?

While they do share a name, these two Tmall platforms have differences that set them apart, including their business model, supply and logistics, as well as costs, which are explained below. It should also give you a good idea of which platforms are best suited for your business or if your brand is well suited at all for Tmall.

The local Tmall platform operates by requiring its merchants to have a local Chinese company while having products registered under the local authorities. On the other hand, merchants on Tmall Global can sell imported products while maintaining their company outside of China. Doing this allows Tmall Global to be an appealing choice for any international brand that wishes to test the market, as it allows them to avoid the hassle of completing operational and regulatory requirements.

In terms of domestic trade, there are many options for businesses. Tmall Global provides imported products, which are stored in bonded warehouses within Chinese free trade zones. In other cases, however, they may be shipped directly from their international warehouses located in the following countries:

The products will then enter China and be cleared at customs once the customer sends their order. However, for the local Tmall stores, the goods will usually be stored inside Cainiao (Alibaba logistics) warehouses in mainland China. This means that the products will be delivered to customers much faster using local shipping companies.

Keep in mind though that processing return order is much more difficult through Tmall Global since merchants will need to find a way to sell or remove returned products in China, even if they don’t have legal Chinese companies. As such, it can be a challenge for apparel items — due to size/fit differences, return rates can be quite high.

The costs between the two platforms also vary from one another. Because merchants on Tmall Global have no representatives in China, it’s harder for this platform to push sellers to provide compensation should anything go wrong with an order. As such, the higher deposits work to mitigate problems and protect Tmall and its customers from such risks.

What are the Benefits of Selling on Tmall Global?

The primary benefit to selling on Tmall Global is that you can use the cross-border e-Commerce channel that allows you to build a presence in the Chinese market. In turn, it will allow you to reach Chinese consumers with the need to invest money and time to register products and establish an entity in the country. In other words, it is a less risky way of conducting business that requires less capital compared to setting up a Tmall store.

What are the Disadvantages of Selling on Tmall Global?

One disadvantage to selling on Tmall Global is that the costs per unit when shipping products are higher when shipping them to China one by one rather than by bulk. However, depending on the product you’re selling, this problem can be solved by moving the products in huge numbers to a bonded warehouse inside a Chinese free-trade zone. Keep in mind though, that this can be an inventory risk if the products don’t sell.

Why Do Some Brands Have Both Tmall and Tmall Global Stores?

This can occur when bigger brands have been selling their products in China for a long time and have registered their merchandise with the local authorities. For instance, your company could launch a local Tmall store after making sales on Tmall Global for a while.

Doing this will allow you to assess the demands of customers before the products are tested and registered. It’s highly important to weigh in all the risks first since certain product categories, such as supplements can take years to complete.

Which Categories are Good for Tmall Global vs Tmall?

When it comes to categories such as:

Tmall Global is the better choice since they tend to be lightweight products that are easy to ship. At the same time, Chinese customers are more likely to purchase foreign brands for this category. Moreover, there are further product testing requirements for health and beauty products, making it hard to sell on the usual trade channels.

But for other categories such as:

Tmall Classic is much more suitable since customers will likely want to try out these products in person before they make a purchase. This means that brands who want to sell these products will need to set up an entity in China while selling in offline retail stores.

Brands that have Embraced Tmall Global

While household items, clothing, and accessories are some of the best-selling categories in Tmall, other items are also becoming more and more popular with buyers, such as:

Should I Choose Tmall Global or Tmall to Launch my Brand in China?

The answer to this question will depend entirely on you. If offline retail is a big part of your whole sales strategy, and you have a long-term goal to set up a Chinese corporate entity along with the capital that goes along with this, then Tmall might be the best option for you.

If you’re looking to test the waters first and working with a limited budget, then Tmall Global could be a better choice. Finally, don’t forget to consider the kind of products you intend to sell and whether they fit into the categories shared above.

In both cases, however, you go through similar challenges such as registering on the online marketplaces and getting enough traffic on your new store as well as a good conversion rate by building your brand awareness through Chinese social media platforms and search engines.

You may also be interested in learning more about Tmall’s competitor: JD.com so here is a detailed post on Tmall vs JD.

Want to get started with Tmall or Tmall Global now?

Contact us, we are a Tmall Partner agency and will accompany your brand in every step of your Tmall & China Journey. Contact us to discuss the solutions we have to assist you with your eCommerce project in China! 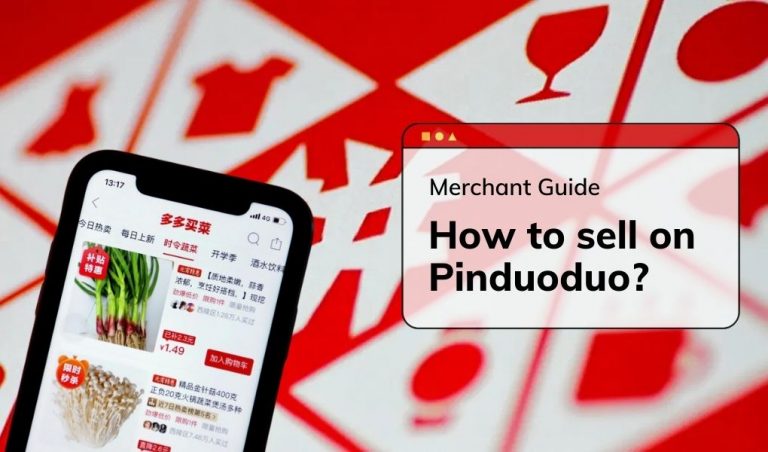 Entering the Chinese market is not as easy as it might seem. You have to understand it beforehand in order to maximize your potential success. Understanding the e-commerce environment is crucial, you will have to target China’s key platforms, such as Pinduoduo, the number one social e-commerce app. This article will walk you through all… 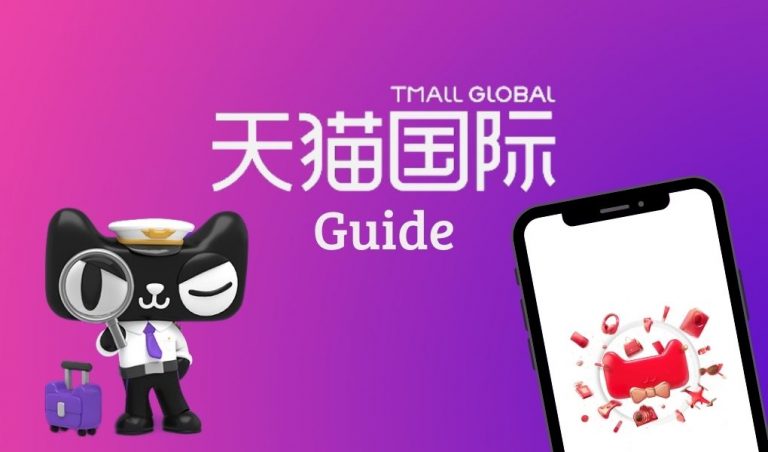 Following China’s digitalization and innovation in new technologies, the Chinese are more than ever using e-commerce platforms in their daily lives. This has contributed to the growth and success of cross-border e-commerce companies like Alibaba Group, with its shopping platforms Taobao (consumer-to-consumer) and Tmall (business-to-consumer).  E-commerce platforms have become an eldorado for international businesses that…

Over the years, the Chinese e-commerce market has changed a lot, revolutionizing the traditional system for both consumers and sellers. Chinese internet giants have made a real run to become the best e-commerce platforms in China by developing cutting-edge technologies. Thanks to their efforts, the opportunities to increase sales for companies and entertainment for consumers… 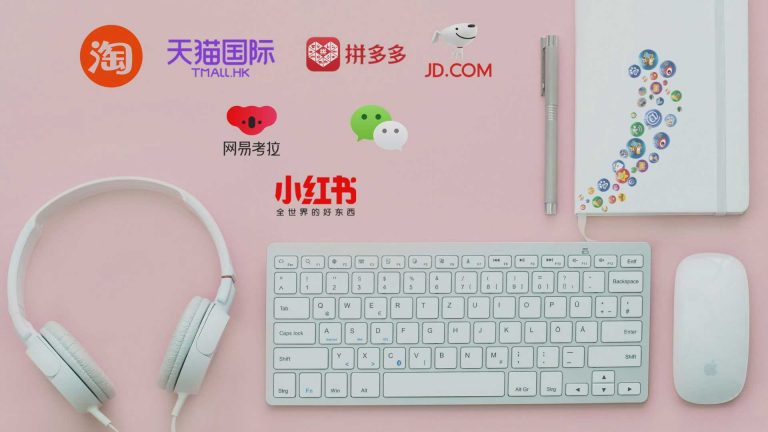 E-commerce in China, one of the most lucrative markets. Chinese consumers love e-commerce because it’s a very convenient way to do your shopping. No longer need to go to crowded and noisy shopping malls. Lay back on your couch, the Chinese e-commerce is here for you to make a wonderful shopping experience. The best way…

Every year, on 11 November, China celebrates the “Double 11 Day”, a day for single people. Invented by some students in Nanjing in the 1990’s, this day of celebration has quickly become a “commercial celebration”, during which millions of companies and brands grant discounts and slash prices – especially on sales websites – to encourage consumption. Double 11… 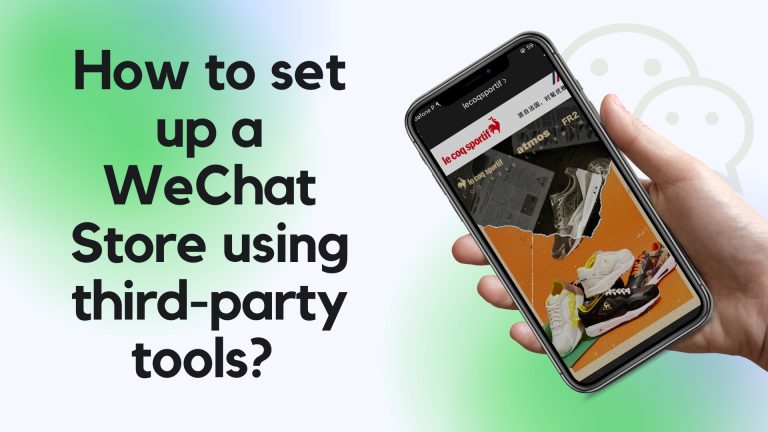 With an astonishing 1.26 billion active monthly users and the highest number of daily visitors in China, WeChat has become much more than just a messaging app – it’s now one of the biggest social platforms around! This provides countless opportunities for businesses to reach their target markets through WeChat, building relationships with customers and…