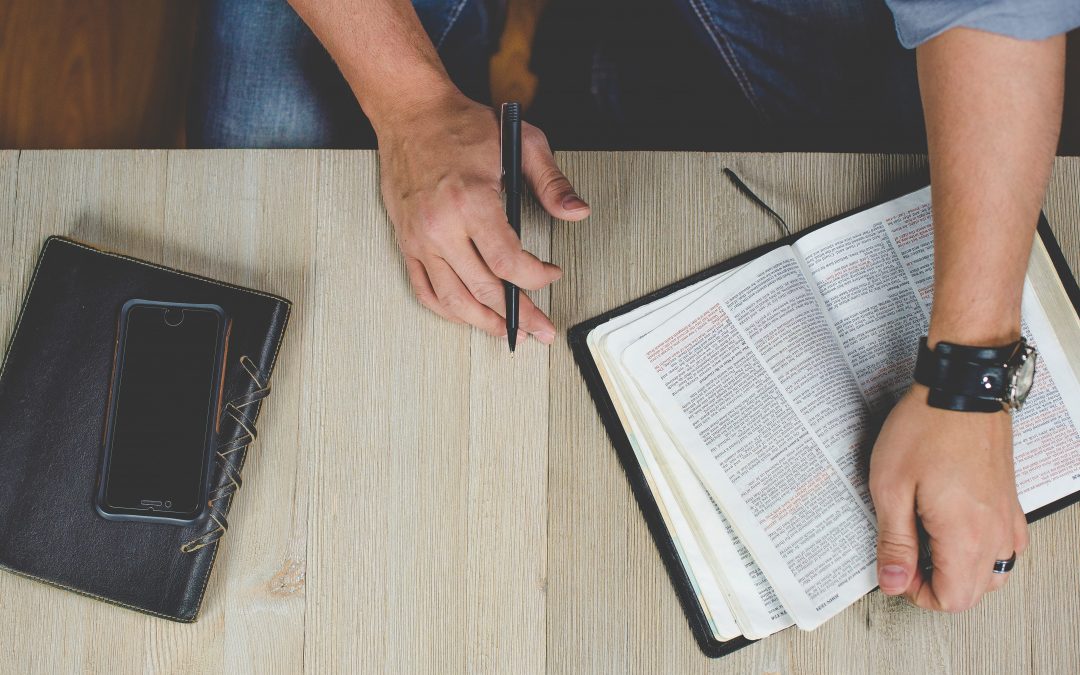 You might already know what is the Face concept in China.

In case your relations with your Chinese business partners were limited to business trips, this article offers complementary details about the manifestations and impacts of the Face in China, in case you have to might daily with Chinese in your professional life.
This understanding of that principle in Chinese culture is essential to ensure better integration in a mixed work environment and avoid offending your colleagues. Concretely, respecting the Face of your Chinese colleagues is the art of knowing how to keep quiet at the right time.
Intrusive questions like: ‘What is your salary? How much does your rent cost? Are you married ?’ are indeed acceptable in China, because copying or comparing oneself to one’s neighbor is proof of a desire to improve. On the other hand the ‘Why?’ can be followed by an awkward silence.
Subjective questions are not the strong point of all discussions in China, because they sometimes require answers that implicate one’s entourage and engage a form of responsibility on the part of the person who makes such remarks.

The power of a ‘Guanxi’ Making your Chinese colleague lose his face can definitely shut you out of any business opportunity within a company also breaking your friendly ties with other colleagues, but can, in addition, bring you a damaging reputation outside.
Remember that the second most important notion in Chinese culture is the Guanxi, the relationship. Most of your social network is extended, the most Guanxi you have. It can bring you all kinds of favors: commercial discounts, new contacts, assent instead of rejection that you would have been opposed five minutes earlier, professional opportunities ranging from hiring to promotion …
A Chinese colleague that you have humiliated – knowingly or not – can use his own Guanxi to put a spoke in the wheel to your professional projects. It is useless to rage against this societal norm: you will not succeed in China if you do not bend to the most basic cultural differences. Things are not improving as you wish. Facing you, your colleagues are a wall of inefficiency and bring you no answer. You get impatient, invert and threaten … to sum it up, you make a fool of yourself.
Logically, Chinese people will prefer to trust other Chinese colleagues rather than a stranger. With a background, foreigners are reproached for lacking reliability and discernment in business, also for not meeting their commitments and for lacking emotions self-control.
You should never ever blame your co-workers directly, let alone publicly. What Westerners regard as hypocrisy or blows is considered in China as subtlety or diplomacy.

Take out the Poker Face in business It is still rare for foreign businessmen and businesswomen to master Mandarin or multiple dialects, leaving their potential business partners free to think aloud during a meeting about the best way to pigeonhole. So be sure to have a secret weapon: bring a not-Chinese-looking translator – which will not present itself as such – and can give you a detailed account of everything that was said during the meeting. It is absolutely impossible to show your discontent on your face: face poker is in order.
If there is one mistake to avoid, it is to lose control of your nerves in front of your colleagues. Angry outbursts, accusations and bad criticisms to hurt: you lose your face by behaving like a capricious child. The best solution? Smile politely. You will find other ways to assert your rights or reach your goals. The frontal attack has never solved the slightest problem in China.

Turn around the bush or the art of diplomacy A very ‘Chinese‘ tactic is to turn around the bush: your business partner cannot clearly provide you with the answer to your question. He will then start a large explanation that he will embroider as and when and will ultimately have nothing to do with the question asked, for the sole purpose of confusing you and give the impression that it will have responded. This tactic actually prevents him from losing Face by admitting he cannot act or answer this question.
This tactic can also mean that your question has not been understood at all. But to admit that he did not understand a question is losing face … You must be patient. Listen patiently to these explanations as long as you can, then ask your question differently. If the expected answer still does not arrive, it means that you are not facing the right person. It’s up to you to find that one… but without asking the same colleague whom you asked first: you would make him lose Face because he would have to recognize that another person is more competent than him.

You can also try to ask the question the next day, then the day after tomorrow. Your colleague may have informed himself in the meantime. In China, impatience is your enemy.

How do I know what my Chinese colleague really means?

He did not answer your last email or last question? Three possibilities: either he tries to avoid you an embarrassment because you were mistaken of the right interlocutor able to act or he did not understand you’re Chinese: it is considered as a mistake on your part. Either you may not have respected his hierarchy with a request that his superior must approve first: you put his superior in cantilever and he risks losing Face as a decision-making authority. Either he does not know what to answer or does not understand your English: he avoids losing Face himself.

Repetition is the lesson

More complex, the ‘yes’ in China does not necessarily mean yes. Your interlocutor wants to please you and not embarrass you, especially not in public, so he will answer in the affirmative to please you. Wait to see if the promised actions materialize and keep a Plan B in your sleeve.
In general, a person who wants to concretize an action in China (appointment, payment deadline, joint task to be performed) will set a specific date, reconfirm the information several times, or repeat several times his intention to see you again. Anything that is postponed without further clarification usually means … no.

You must be attentive to the signs. When you ask a Chinese colleague a direct question and his response is lost in a stream of inconsistent words, you must feel the ‘no’ or ‘I do not know’ point out.
Non-verbal communication is eloquent in every human being: avoiding look, looking to the right will mean a very clear ‘no’ from a Chinese colleague who feels no need to elaborate a real lie.

Get respect in China: not the right target Foreign businessmen want to be respected in China. Hearing them like that, one would believe English lords of the 19th in colonized land, coming to command a troop of natives. This arrogance of Westerners is singled out and as China gains in technology, is less and less easily forgiven.
China is since a while no longer a colonized country. You do not go to China to get respected but to integrate yourself into the business world.
You will own the respect of your business partners and Chinese colleagues if you prove that you know their codes: ‘good behavior’ while eating, business cards exchange with both hands, indirect answers, coolness, and subtlety.

Manage the personal comments of your colleagues

If the Chinese can seem direct and offensive in their intention, one should not confuse frankness and cruelty. Some comments that Western cultures consider to be deeply racist or shocking can be explained by a profound lack of knowledge about the foreigner.
Chinese culture is anchored in communism, and the general interest goes before personal well-being. An incongruous criticism of your appearance – sunburn, pimples, extra pounds, white hair – does not necessarily aim to hunt for free. It can mean that your interlocutor cares about the image you give of yourself in society, as part of your job, and that he wants to help you keep your face. ‘For the common good, you must be more pleasant to watch!’
Keeping face is also showing that one is not affected by hurtful remarks.
Depending on the hierarchical status of a person in relation to you, you will, unfortunately, have little recourse to explain what you consider offensive to your culture and ask her to measure his words.

Recognize a colleague that disrespects you in China :

– He takes your business card with one hand without reading it and puts it somewhere without consideration. Chinese respect dictates that a business card must be given and received with both hands, then read double-sided before being stored in a bag or pocket (but not in the back pocket of your jeans!)
– He is the competent person to act and he knows it. He understood your query very well and his hierarchical status allows him to answer it, but he chooses to ignore it. Counterattack? Use your own Guanxi to get things done.

Recognize a colleague that simply lacks tact in China :

– He speaks about you in Chinese and this in front of you, without bothering to translate or have it translated. The frequent error of those who are not yet used to work in an international atmosphere.
– He laughs when you reproach him or complain about something. Laughter in this case simply means embarrassment and the inability to answer your problem, this is by no means a lack of consideration on his part.

– He never looks into your eyes. Clear eyes of Westerners are sometimes disturbing, and looking in the eye can be a sign of arrogance and defiance. Take into account your place in the hierarchy compared to your colleague to maybe understand his trouble.

– Never get angry – worst of all publicly – about a colleague
– Never get impatient with a discussion that drags on
– Do not directly criticize the work of your partner team
– Be punctual to your appointments
– If you do not get a discount, you do not have the right Guanxi.
– If you do not get answers, your contact is not the right one.
– Consider repetitive information as a confirmation that these actions will be well implemented: it’s a good point!
– Consider unclear speech as a ‘no’ or ‘I do not know’
– Bend to Chinese culture.

We are a professional agency for e-commerce strategy. We help you to develop your project or business in China. Need some advice or following?