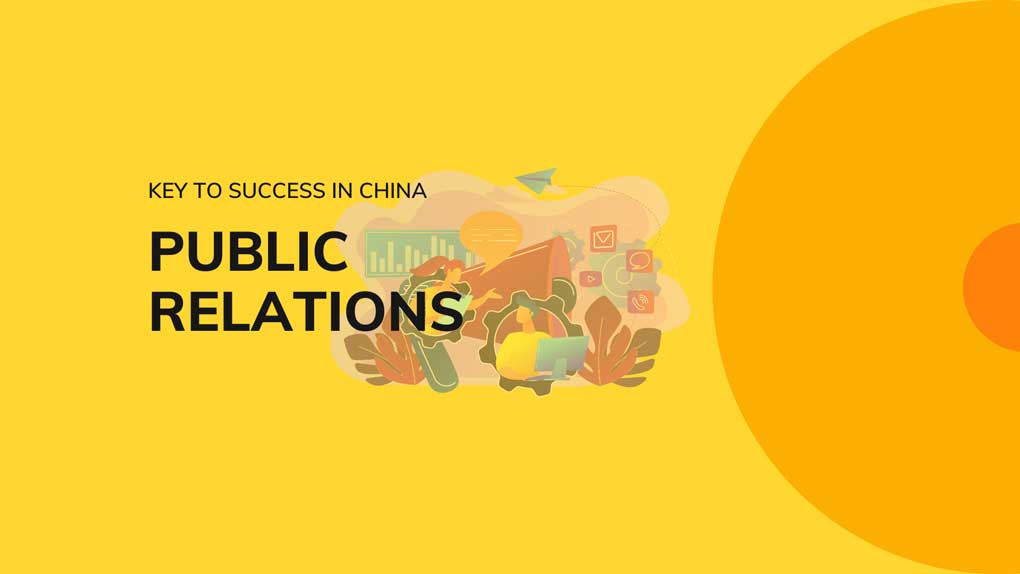 China is home to nearly at least an eighth of the world’s population. If you’re setting up shop in this country, you’re making the right decision. This is because of the potential number of customers that you can aim your marketing efforts at. Of course, brand exposure is only half the battle. The other is public relations in China.

Chinese public relations is fraught with intricacies — both legal and cultural. Your ability to navigate these labyrinthine nuances of Chinese PR can make or break your entrepreneurial aspirations in this part of the world.

Get it right, and your brand will stand out in the hearts and minds of the country’s large consumer base. Get it wrong, however, and you will experience what a PR crisis looks like firsthand.

Luckily, we are here to help you with your China PR campaign. Follow the tips mentioned in this article, and you will soon deem China the perfect place for developing your brand’s identity.

In any large consumer economy, businesses abound, regardless of niche. With businesses competing for the largest share of consumers, it becomes more important to establish a presence. The businesses that establish themselves to the most number of consumers are the ones that survive and thrive in China.

However, before diving in, be aware that gaining a following in China is not cheap. Unlike in the United States where PR costs $3,000 to $5,000 monthly, you would be looking at around $10,000 to $1 million per campaign. According to Jing Daily, part of the reason behind the steep PR costs is the allocation for KOLs (key opinion leaders).

Now that the similarities between Chinese PR and Western PR have been established, let us discuss where they differ. Before running your China PR campaign, here are some considerations to take to heart:

The adoption of capitalist consumerism continues to grow in China as the years’ pass. Despite the paradigm shift in consumer thinking, China is one example of a country where centralization is taken to a whole new level.

For instance, Chinese authorities heavily regulate what appears on any type of media. This means that you will have to ascertain that your industry is not one that the Chinese government prohibits.

Another area the Chinese government monitors and controls is the media. For this reason, you must exercise caution when it comes to what you add to your PR campaigns. In particular, caution is key as regards press release statements.

Certain terms cannot be uttered as these can be either sensitive topics for the public or topics censored by the government. As a result, the regulations on the discussion and invocation of topics for PR campaigns can affect your keyword selection process. Some examples of prohibited keywords are:

The Chinese government adds more terms and topics to its blacklist regularly. Hence, it is crucial to stay informed of the developments in this country.

The Role and Importance of Online Public Relations in China

Despite the change in demographics and Chinese reading habits, printed media like magazines and newspapers still appear on shelves for consumption. Nonetheless, the shift to internet usage in the country is undeniable. A look at the number of WeChat users will prove this.

More than 1.1 billion people use WeChat in China — the country’s largest messaging and social media app. Part of the reason for this is the app’s diversified capabilities in e-commerce and financial services.  The app’s e-commerce capabilities have created a marketing use case for entrepreneurs. As a result, PR through the app is a strategy that needs to be the meat and potatoes of any attempt at Chinese public relations.

In short, unlike in many other parts of the world, any attempt to deliver a brand narrative must be done online. Any attempt to do so via printed or broadcast media is doomed to fail in China.

Online PR helps your control how Chinese consumers perceive your brand, it is in fact one of the most cost-efficient ways to manage your reputation and lead the narrative about everything that touches your brand.

Public relations in China can be successful if you follow these actionable tips:

Looking for a China PR Agency to do the work for you? Find out more about our PR & Kols Solutions.

Google may be the number one search engine in the United States and the rest of the world. In China, however, Baidu takes the top spot. It is for this reason that you need to optimize your business content for Baidu.

Like SEO in the West, SEO for Baidu requires your PR team to know the best practices for the site and content optimization for the Chinese search engine.

Your Mandarin or Fukien may be on point. However, despite your grasp of the language, nobody will have a better idea of what resonates with the public other than the public themselves.

This is why you need content writers, creators, or strategists from the country. Along with their natural usage of the country’s language(s), they also know how to best convey messages to your audience. Most importantly, being Chinese citizens, they will also know what messages may be frowned upon by the authorities.

As mentioned earlier, printed media is growing more obsolete in China, virtually by the day. Social media continues to take over and will continue to do so for many years to come.

The country’s population is growing to be one of the most social media-literate in the world. If you want to tell your brand’s story to the broadest possible audience, social media is the place to do it. This is one more reason to sign up for that WeChat business account.

Contrary to popular belief, China has diversity not just in its cities but in the customs and values of the people. For this reason, communication with people in Beijing may not be the same as how you would do it in a place like Xian.

Working in tandem with your native-born content creation team, coordinate and consult on how best to deliver a message like a press release to different places. A simple way to localize your message is to communicate content in a city’s dialect or language (which may not necessarily be Mandarin).

A public relations campaign can go wrong to the extent that it incites hostilities in the audience. We can attribute this to China’s cultural sensitivities.

Situations arising from poorly chosen words or ill-received content can quickly escalate into boycotts, online assaults, and bad reviews. Indeed, businesses face these risks in the West. In China, the same is true — but by a factor of 10.

Luckily, there are ways to manage a PR crisis even after it occurs. As you might imagine, the way to do it is online.

Fill the Web and Social Media with Positive Content

One of the best ways to outlast a negative statement about your brand is by releasing positive content consistently. Doing this for a long enough period can cause the negative news story about your company to fall out of fashion.

Word-of-mouth is an important driver of action and sentiment in China. However, for a media-literate audience, one good word of your brand from a KOL can turn things around.

Seeking the endorsement of an industry leader or KOL can quickly turn things around for your public relations. KOLs have the tools and skills necessary for dispelling rumors and quelling controversies about your brand. Of course, the challenge is getting hold of one.

The best way to manage a PR crisis is not to get into one in the first place. Some easy ways to prevent a PR crisis are:

“Do as the Chinese Do”

At the end of the day, Chinese public relations comes down to doing as Chinese companies do. These are:

As a business, you should not be targeting your PR to the people first. Instead, you establish a rapport with the government. If your PR campaign aligns with the Chinese government’s policies and agendas, you can then establish your brand image and reputation to the people.

Establish your brand as many would in China, reap the benefits, and celebrate as you would in the West.

Want to establish a Public Relation Strategy for China?

Contact-us! not only we have years of experience in the matter of public relations in China, but also our extended network of Chinese media allows us to offer our client quick results at a reduced cost 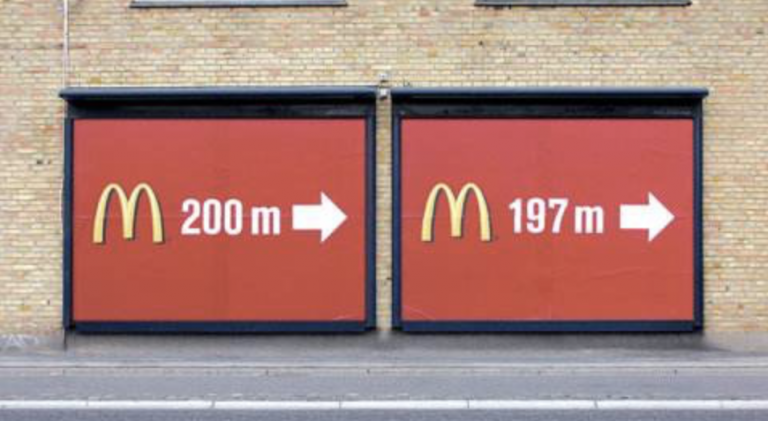 Ads are everywhere in China: where there is a place, there is advertising! You can find them on public transport, inside the cars and outside. According to marketing studies, we receive between 500 and 2000 commercial ads every day. In this case, consumers in China are, with no doubt, exposed to the 2000 advertisements. A… 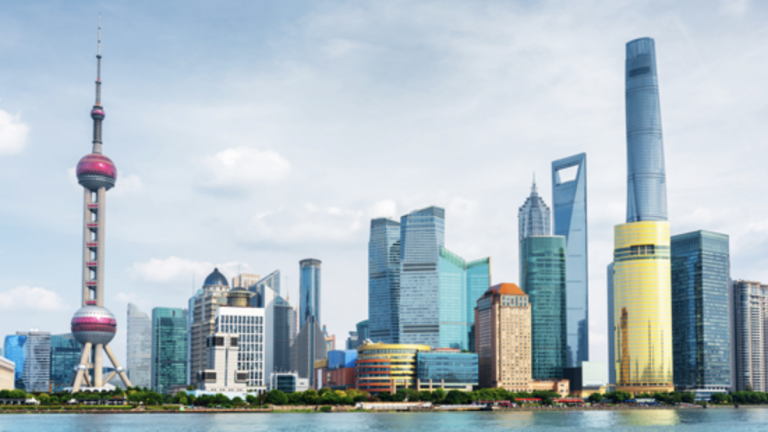 The latest study unveiled by the research and firm advisory Reputation Institute “China RepTrak 100” showed some worrying results about major brands’ reputation across China. Overall, brand reputation has dropped by 1.4 points when compared to last year and it is even more for Chinese brands, dropping by 2.7 points. This article will provide you… 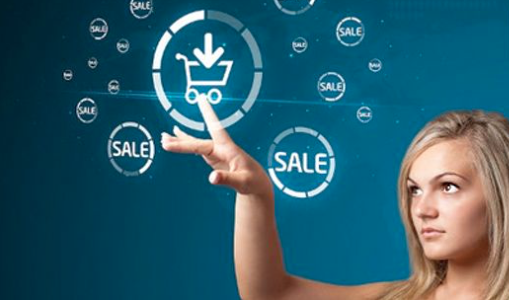 China is among the largest countries in terms of size but also in terms of sales via the Internet! The country has far exceeded Europe or America by recording impressive figures: In 2016, for example, the turnover of online shopping has reached an amount of 20 trillion yuan (2896 billion dollars). It is estimated that…

The Chinese e-commerce market is the largest in the world with a volume of 1.94 trillion USD in 2019. That is plus 27% year over year and a quarter of China’s total retail sales volume. As such, China’s e-commerce sector is more than three times the size of the US market, which ranks second. China’s e-commerce revenue is… 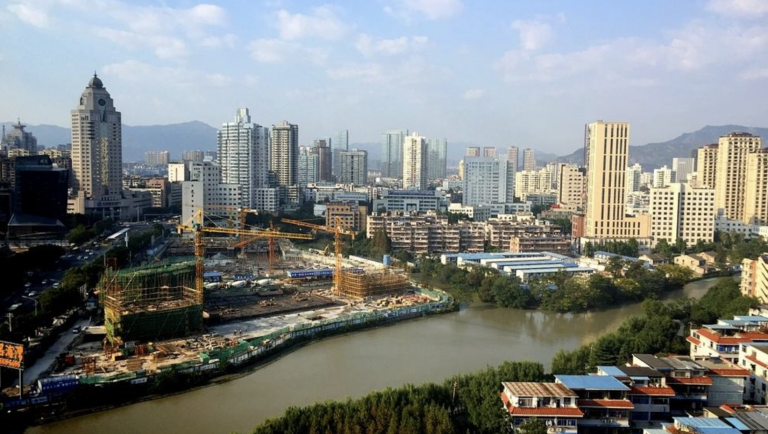 “Lower-tier cities will be bigger, wealthier, and more eager to spend, and could contribute two-thirds of incremental growth in national private consumption toward 2030,” said Robin Xing, Morgan Stanley’s chief China economist, in a 2017 report. While China’s largest cities have been under the sport for years, now more and more attention is paid to…